The previous remote from the Mavic Air was small, clumsy and annoying to get a good grip around. The DJI Mavic Air 2 remote control has been designed with its predecessors’ flaws and designed it to be a bit larger but fitted with grooves to allow for good grasp on the control. Now the control feels more stable and easier to hold without occasionally dropping or feel like it will slip out of your hands. Our team found that the DJI Mavic Air 2 remote is blissful and very comfortable to hold and operate the drone. Moreover, the remote has positioned the phone to the top rather then the bottom. The remote control of the DJI Mavic Air 2 also has many different functional buttons that are a huge lifesaver when operating.

The battery life of a drone is of great concern to many users. The Mavic Air simply had poor flight time of 21 minutes, barely enough time for taking photography before requiring it to be recalled and recharged. Thankfully, the DJI Mavic Air 2 now has an increased battery life! A whopping 34 minutes which is an increase of more than 50% compared to the Mavic Air.

The DJI Mavic Air 2 has the capability to shoot videos in 4k for 60fps and up to 1080p for 240 fps. These specifications are insane for its price value as video qualities are sharp, natural coloured lighting without oversaturation. Moreover, thanks to the design of the DJI Mavic Air 2, the drone can resist winds and remain more stable allowing better quality images and videos.

The DJI Mavic Air 2 is truly an incredible journey with its new specifications and functionalities implemented into the drone. With plenty of drone enthusiasts looking to secure the DJI Mavic Air 2, high demand may not come with high supply. That’s why D1 Store is here! The professionally certified DJI store providing DJI authentic drones for Australians and drone lovers. Get your DJI Mavic Air 2 today or contact us for any queries. 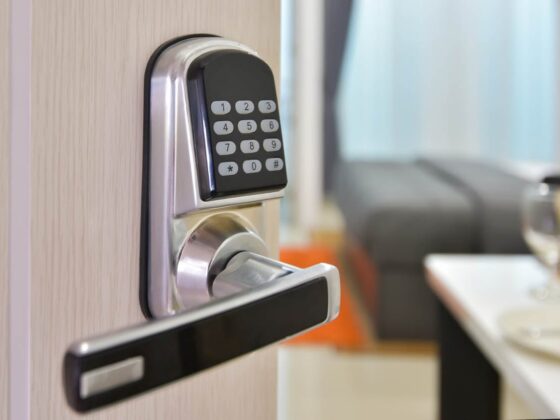 How Does Keyless Entry Work on House?

5 Reasons Why IPTV is the Future of TV?