Crunchyroll is the best anime streaming website in the world, but it’s not free. That’s why we’re here to introduce you to 7 of the best alternatives out there that are totally free and don’t require a subscription!

Crunchyroll is a streaming service that allows users to watch anime. However, there are many other alternatives you can use. Here are the top 7 best crunchyroll alternatives (free)

That’s correct. Sony recently paid $1.2 billion for Crunchyroll and plans to merge it with Funimation as a strategic strategy to grow their audience. It is still unknown what the future of this combination will be.

And, understandably, you may now be searching for alternatives to Crunchyroll in order to watch your favorite animes.

There are also many anime streaming sites, such as Justdubs, KissAnime, Animeland, Kisscartoon, and their different equivalents, where you may watch anime for free.

So I’ve compiled a list of the 7 Best Crunchyroll Alternatives, all of which are free to use and some of which even provide Simulcast (Simulcast is a feature where the Anime is streamed an hour after it is released in Japan).

Alternatives to Crunchyroll are listed below.

Because it was Crunchyroll’s primary rival before to the merger, it was clear that this would be the number one alternative following the merger. And now it includes Crunchyroll, which means it has all of the things you liked about Crunchyroll as well as Funimation’s.

Funimation is also combining with Animelab (more on that later), making it the one-stop shop for all things anime.

Funimation may be watched for free with advertisements, but only for a limited amount of material; to watch everything, you’ll need to buy one of their memberships.

The cost of Funimation Premium is $5.99 per month.

Monthly subscription to Funimation Premium Plus is $7.99.

The cost of Funimation Premium Plus Ultra is $99.99 per year.

Advantages and disadvantages of

If you like Crunchyroll, Funimation should be your next stop for all things anime streaming. It offers a lot of features that you may like, and you’ll probably keep watching Crunchyroll Original Animes.

We rate Funimation four out of five stars.

Zoro.to, like Crunchyroll, is a free anime streaming service where you can watch all of your favorite anime programs and movies without any commercials! Yes! There are no advertisements! It receives 900,000 monthly visitors from all around the world, with the majority of traffic coming from the United States and India.

It seems to be the next best free option to Crunchyroll, with the added benefit of being able to download episodes in Ultra HD without having to pay or join in.

As previously said, Zoro.to is completely free and ad-free!

To me, Zoro.to seems to be a full bundle. It offers free material, no advertisements, a fantastic user interface, and the ability to download UHD video without a membership! However, it makes one wonder how they earn money since maintaining a website with so many modifications and features isn’t cheap, and it isn’t disclosed anywhere on their website, so I can’t help but wonder.

Even still, it’s a fantastic service with real promise as a Crunchyroll alternative.

Zoro.to has a rating system.

We rate Zoro.to four out of five stars.

KissAnime is a free anime streaming service where you can view all of your favorite shows. It has a large number of anime libraries and a good enough platform to play them on.

KissAnime plays both dubbed and subtitled animes, however since it is free, it has a lot of advertisements and pop-ups, which may become irritating after a while.

KissAnime is a site where you can watch anime for free.

KissAnime is a user-friendly anime website with more anime than you can imagine. It has a decent website, however even if you use an ad blocker, the advertisements on the website don’t go away, and they may get irritating after a while.

And, since it is operated illegally, it does not help the anime’s producers. If you don’t enjoy KissAnime, we’ve compiled a list of KissAnime alternatives for you to check out right now.

KissAnime has a rating system.

We offer KissAnime a 3/5 star rating based on the aforementioned review.

Gogoanime is a well-known streaming service for anime fans all around the globe. 264 thousand users visit the site each month! That’s a lot of anime broadcasters for free. Gogoanime depends largely on advertisements to remain alive, therefore

Apart from that, Gogoanime offers a lovely website with a simple and engaging user interface, as well as a library of free anime material!

Gogoanime is completely free to use.

Advantages and disadvantages of

Gogoanime is a lot of fun and a highly reliable website that is well-liked by anime fans. However, since it is unlawful, it is required to change its URL on a regular basis in order to avoid being shut down by authorities.

However, it is a powerful Crunchyroll alternative because to its fantastic UI, large anime collection, and excellent player.

If you want to view some Gogoanime options, you may do so by clicking here.

Gogoanime has a rating system.

Gogoanime has a 3/5 rating from us.

Kisscartoon has an unusual name, and you could infer from the name that it’s a cartoon-focused website that caters to a younger demographic. On Google, the platform includes a number of proxy and kisscartoon alternative sites, which is most likely due to unlawfully distributing material in order to avoid being taken down.

Kisscartoon not only broadcasts anime but also other cartoons, including the brand new Marvel Studios online series ‘What If…?’ As a result, unlike the other websites mentioned above, this one appeals to a broader audience rather than simply Anime enthusiasts.

Kisscartoon is a completely free service.

Kisscartoon is a highly complex website where the contents are not in the same sequence and neatly organized as they are on other websites, and it is also much more focused on cartoons, not only Anime cartoons, but cartoons in general.

Kisscartoon has a 2.5 out of 5 star rating from us.

Animetoon is a free Anime streaming service that mostly features dubbed Anime. In addition to anime, Animetoon also has a library of non-anime movies and animation shows that you may search alphabetically.

However, since it is also free, they must find a way to earn money, which they do by displaying advertisements. On their website, my adblocker blocked 23 advertisements! 23! You won’t be able to view anything even if you use an ad blocker until you dismiss the pop-up advertisements three times.

It’s completely free to use.

I understand that AnimeToon is a highly ad-heavy website. However, it becomes extremely irritating after a while, which is why consumers choose premium plans and websites since they don’t have to stop every three seconds to stop an ad and can easily enjoy their material. The same is true for AnimeToon.

On AnimeToon, you can give it a rating.

Animeland is a place where you can get all of the latest Anime news. The platform has its own publications, forums, and other features. It’s mostly a French magazine website with Simulcast, although it’s not particularly for streaming.

There are other websites called ‘AnimelandTv,’ but when you open them, you’ll find a shoddy website called ‘Dubbed Tv,’ which doesn’t have the same logo as the official Anomeland site, so I doubt it’s one of them.

It is completely free.

Animeland is a French-language website that reports on current events in the world of anime. It contains Simulcast, which means it is legal to use but not a pure streaming service.

Animeland TV, which I saw on the internet, links to a website called ‘Dubbed TV,’ which is nothing like Animeland’s website, therefore I doubt it is from them.

If you’re searching for Animeland alternatives, you can watch our in-depth review of the game by clicking here.

Animeland has a 3/5 rating from us.

Last but not least,

To summarize, I believe it is unfortunate that Crunchyroll was purchased by its major rival and is now likely to be combined into Funimation and renamed, much like Disney’s 20th Century Fox, which is now known as 20th Century Studios.

On the other side, there are a plethora of alternatives including sites like Crunchyroll that offer excellent service for free. Sites like Zoro.to provide both of these services without displaying advertisements, making it similar to Crunchyroll but without the need to subscribe.

Unfortunately, the majority of these are illegal to use, but in the long run, it benefits the creators because more people get to see their work, even if it is for free, and if they fall in love with it and become fans, you can start earning from them by selling them to various merchants, inviting them to concerts, fan events, and so on. That is why many media firms allow these unlawful websites to operate in order to make a long-term investment.

Finally, I’d want to point out that Crunchyroll is a fun way to watch anime online, but there are other options as well.

The 9anime is a website that offers anime streaming for free. It has many different categories, including action, romance, horror, fantasy, and more.

Is there a free alternative to Crunchyroll?

Is there anything better than Crunchyroll?

There are a lot of other streaming sites out there, but Crunchyroll is one of the best.

Which is better Crunchyroll or VRV? 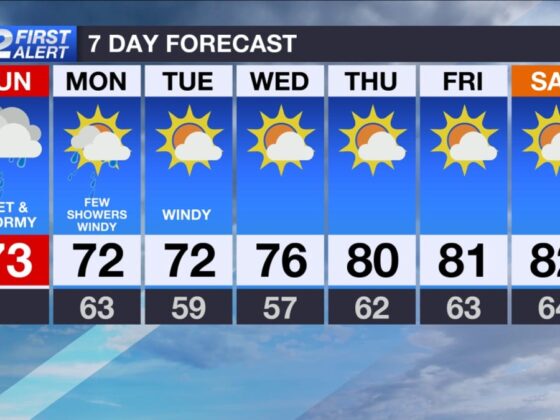